[updated: 2020-12-01]
One of the first questions that new players ask is “What is the difference between leisure boules and competition boules?”

Let me start by stipulating that by “leisure boules” I mean the kind of inexpensive “no name” boules manufactured in China that are available from many different vendors, including Petanque America.  I do not include in that category Obut’s line of loisir inox boules, which I will discuss at the end of this post. 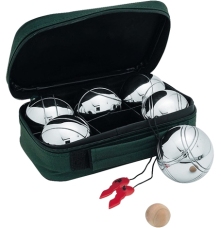 Some of the differences are obvious. Competition boules come in a variety of sizes, weights, and striation patterns. That means that you can pick what suits you best. Leisure boules are basically a “one size fits all” affair.

Inexpensive Chinese leisure boules are made of carbon steel covered with a thin layer of nickel, covered by a thin layer of copper, covered by an exterior layer of very shiny chrome. The nickel and copper layers enable the chrome to adhere to the carbon steel. These intermediate layers can produce an interesting effect— if these boules are played with regularly, over time the chrome can slowly wear off, exposing the copper layer. The boules turn orange! 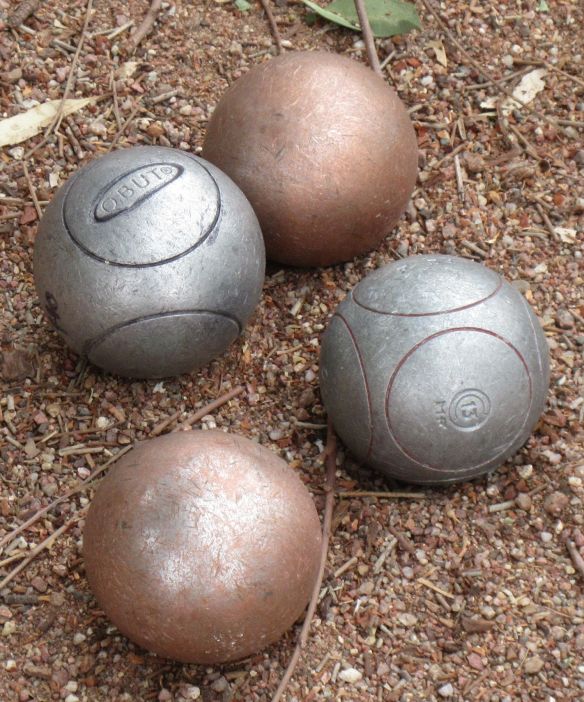 There are also differences that you can’t see.

Boules are made by welding two steel hemispheres together. If the weld cracks, water can get into the crack and start to rust. Eventually rust weakens the weld to the point that the boule breaks neatly in half along the weld. This can happen even to a competition boule, but it is more likely to happen to a leisure boule where the quality of the welding is poorer and the thinner shell flexes more. 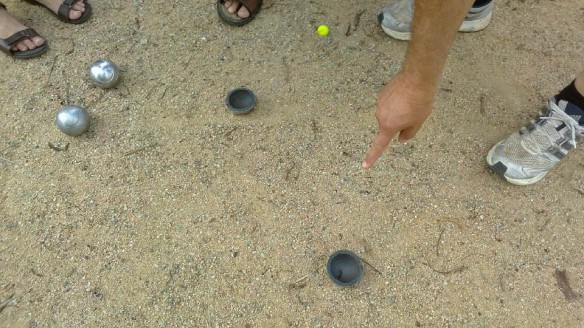 One consequences of filling leisure boules with sand is that— very rarely— they explode. It happened in 2016 in Germany, and in 2009 in Switzerland. When the Swiss studied the boules, it was discovered that the boules were filled with damp sand contaminated with iron filings. The water in the sand corroded the iron filings, producing hydrogen gas. Under the pressure of the hydrogen gas, the poorly-welded seam of one of the boules failed and the boule exploded. It literally blew its top. For more information on exploding leisure boules, see THIS. 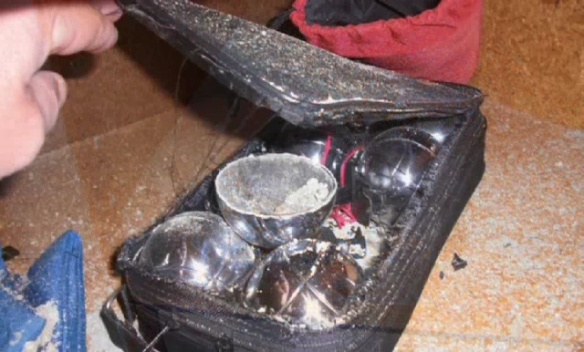 Closeup of the bottom half of the exploded leisure boule in its original packaging.

None of this means that leisure boules are junk and that you should never purchase a set of leisure boules. Quite the contrary. Leisure boules are perfectly acceptable for casual or occasional play, or for practice. And because they are relatively cheap, we recommend them as the best choice for someone just starting to learn and play petanque.

Note, however, that at least in the United States, they are actually more expensive than a set of Geologic competition boules.