[See other posts in the category how to throw a boule.]

A key aspect of effective throwing is getting your arms back. That means getting your non-throwing arm back for balance. And it means taking a big backswing.

Many players learn to play in clubs where casual play is the norm. They may not have a role model to show them what a big backswing looks like, and probably nobody has ever coached them about their form. That’s unfortunate, because you need a good, healthy backswing to get the power you need to shoot au fer or to throw a high lob. In addition, a big backswing can improve your left-right accuracy.

It’s not difficult to acquire a good backswing. You can see players and their backswings in photographs and Youtube videos, and once you’ve seen a big backswing, it’s relatively easy to do it yourself. (As Aristotle said, we learn by imitation.) The trick is to practice doing it regularly and consciously. With practice you will acquire the muscle-memory and shoulder flexibility that you need, and soon you will be doing it automatically, smoothly, and effortlessly. (It is actually easier to throw with a big backswing. You’re letting gravity help you do the work, and you have a longer distance across which to accelerate the boule gradually.)

So let’s look at some young players with a good backswing. 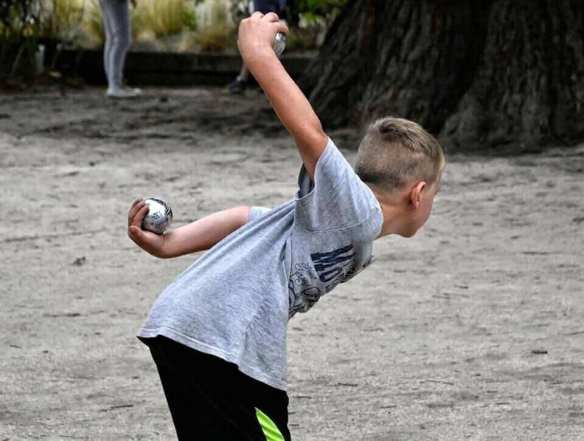 These young men have beautiful— and rather extreme— backswings… they actually bend forward in an effort to get a larger backswing. This kind of exaggerated backswing— torso leaning forward, both hands far back and very high— is what some of the world’s great shooters use to power their shooting. Consider the remarkable Didier Choupay—

… or the no less remarkable Pascal Milei—

Still, you don’t need to be that extreme. For most players, getting your throwing arm back until it is horizontal is enough to do the job.

One of the world’s great shooters, Philippe Suchaud. 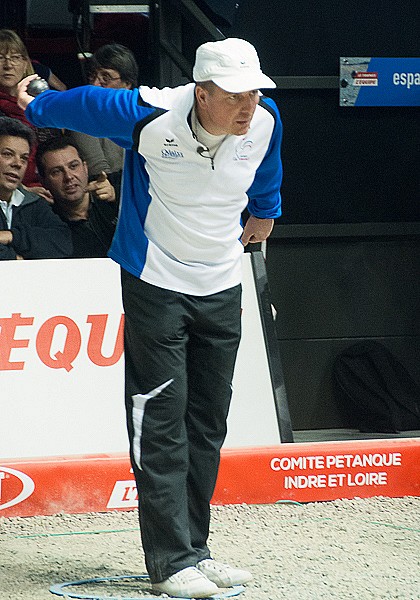 Here is a great photo of Celia Crittenden showing how it’s done.